Since all the AICPIN points required for calculating the DA for the months of July to December have been released, the additional Dearness Allowance, which will be issued from the month of January 2016, has been decided. It will be implemented only after the central cabinet gives its approval.

The final instalment of the DA, to be issued as per the recommendations of the 6th Pay Commission, will see an increase of 6 percent and end at 125%. With this, it concludes its 10-year-long journey. 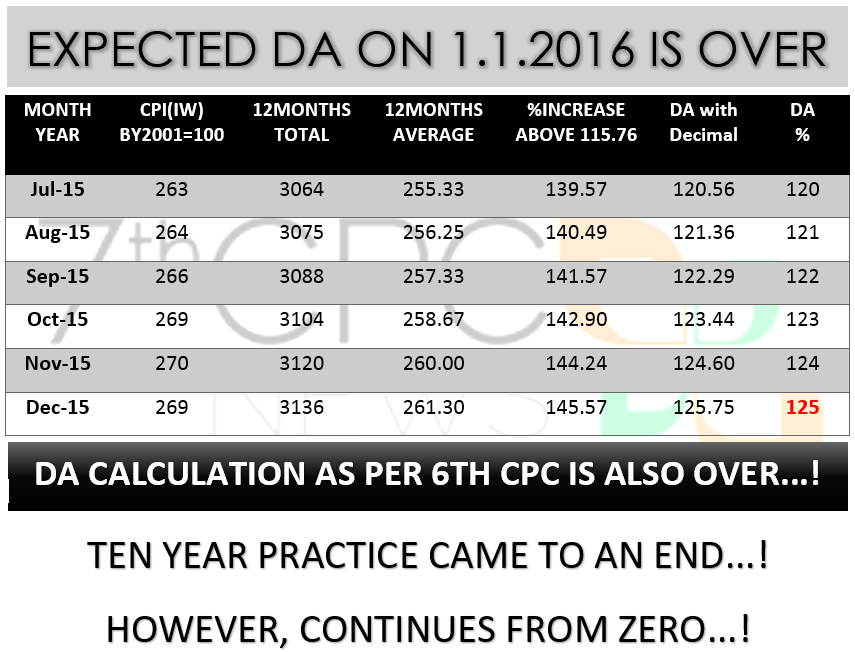 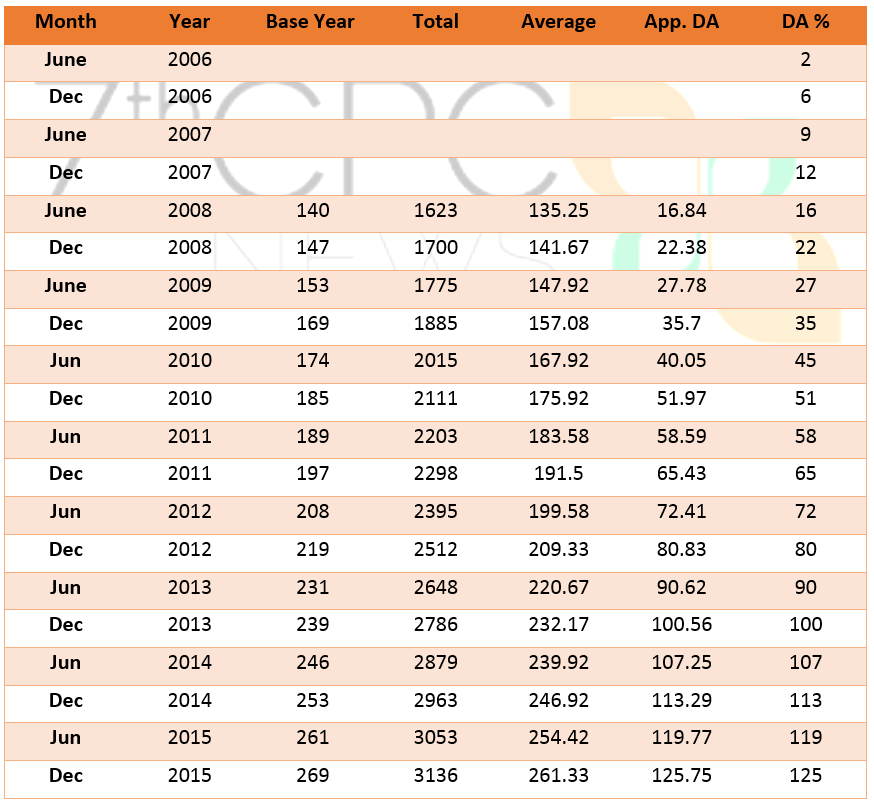 Since the final instalment of DA percent and the 2.57 Fitment Factor, recommended by the 7th Pay Commission, are closely related to each other, there is tremendous curiosity to know about it.

It is surprising that the 7th Pay Commission had very accurately predicted the rise.

Based on the recommendations of the 7th Pay Commission, the basic pay of all the Central Government employees will be calculated, with effect from 01.01.2016. There will be no dearness allowance for the six months starting from January to June 2016. The first instalment of the Dearness Allowance will be issued from July onwards.

Based on the AICPIN points of January to June 2016, the additional DA will be calculated and will be given as the first instalment of the new DA.

It is being said that only after seeing the report submitted by the 13-member Empowered Committee constituted by the centre will the government decide on implementing the 7th Pay Commission reports.